FileMaker 16 Will Report User In Conflict

For a long time, FileMaker has provided a helpful message to interactive users when they bump into each other. Even though locked records are a source of frustration, they exist for a good reason. A user Bob might get a message that a record is already being edited by Jane.

However, this information hasn’t, until now, been available to developers when running scripted edits. Hooray for FileMaker 16 which now makes this possible! Starting with this release, when trapping for errors during record edits, we can collect and bubble up more useful error messages to our users. This is accomplished using the Get(LastExternalErrorDetail) function. The documentation states,

For operations that attempt to lock records already in use, returns the name and account of the user currently editing the record.

See the screen shot that demonstrates this new capability. 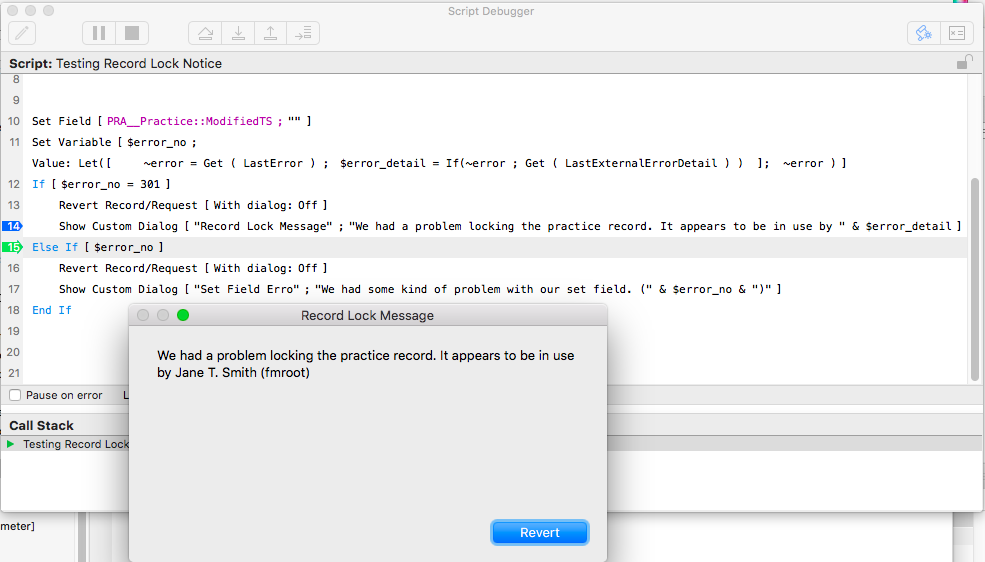 Notice that the User Name is returned first, followed by the Account Name inside parenthesis.

Here are a few things to keep in mind:

We’re looking forward to this and many of the other new features that were released this week. We’d like to hear from you if you find other creative approaches that utilize this feature.